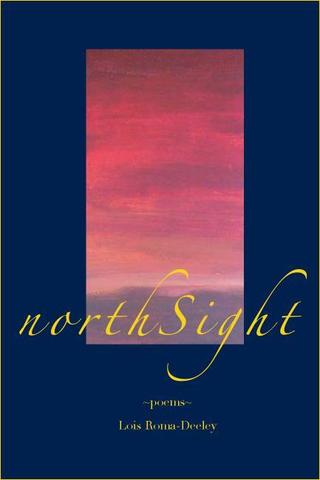 MidWest Book Review:
"High Notes" is a fascinating read, and is not to be ignored.

I remember as a child, watching my great grandmother make a passage from the sofa to a chair. It was a hard landing. Yet, she composed herself and smiled. I looked around me and knew that only I had recognized a real heroism. After this, firemen did not impress me.

I’d forgotten all this until reading tonight these new, brilliant poems by Lois Roma-Deeley. These poems are tough, brave, but also hold an almost physical balance against human suffering.
—Norman Dubie

From Midwest Book Review
NorthSight showcases the ultimately hopeful poetry of Lois Roma-Deeley who draws upon the imagery of war heroes and tattoo girls, day laborers and monks, rapists and prostitutes, Italian immigrants and waitresses, bikers and firemen, the uncommitted, the confused, and the slightly insane, to craft memory haunting verse of a dangerous and sometimes mystical world. War Widow: "She's crying. All night she prays God give me a sign. / Is he alive? Somewhere on a desert island? / Eating coconuts? Drinking palm wine? / She touches her stomach. Eight months ago / they were dancing in Kansas, / the USO banner sagging underneath the heat / of their kisses. The trumpets playing: Begin the Beguine."

From The Comstock Review—Book Reviews
** Two fine collections, Rules of Hunger (Star Cloud Press, 2003) and NorthSight (Singularity Press, 2006), have come from the pen of poet Lois Roma-Deeley. The common themes of both books are lives lived in time and history, stories of family, rich in its Sicilian traditions. To quote poet Jane Hirshfield: "Time and history, the transcendental, even a bead of sweat, are given their voice in Lois Roma-Deeley’s vital chorus, whose song is of hard-won resurrection and the unlikely survival of hope." www.StarCloudPress.com to order either book.

From Barbara Crooker's review in The Pedestal Magazine
These are indeed words for our time, words to travel by. Throw away the charts, the road maps. Things are growing dark, and we can no longer count on faith, or the stars, to guide us. Still, there is hope at the end of the road. Yes, there is suffering, but these are survivors, and just as the monk in "This" "sees the blood on the stone / floor, a star burst he can copy, / something he can use" so does Lois Roma-Deeley, who takes these stories into her body, and makes art out of them.

The Short List of Certanties
It’s been a long time since a collection has so affected me. Whether she is writing of our twisted relational lives ...of her own seemingly innate sense that something’s wrong, Roma-Deeley writes with that curious blend of authority and self-doubt that marks our best poets. Ultimately, and reassuringly, she finds the affirmation that sustains her through it all; as her title poem urges, “having courage, let us write a word or phrase on the short list of certainties something that sounds very much like praise.” Which is just what she does in this tour de force.
~Sydney Lea, author of twelve collections of poetry, finalist for the Pulitzer Prize in Poetry, former Vermont Poet Laureate.
High Notes
"It's taut, tough, in your face and orchestrates like a mad symphony of howls and laughters and blues, blues, blues, that burn to read. It's clean, crisp, starlight fire, that'll lead you back to your life purpose and make you rethink and reshape your view of life." --Jimmy Santiago Baca
northsight
"These poems are tough, brave, but also hold an almost physical balance against human suffering."--Norman Dubie